One of the beautiful things about the design of the guitar is that by simply twisting the tuning pegs one way or another, the world of open and alternate tunings is available for guitarists to explore and exploit. In this guide to open tunings, we will focus on the most commonly used open guitar tunings, and the specific benefits of each. 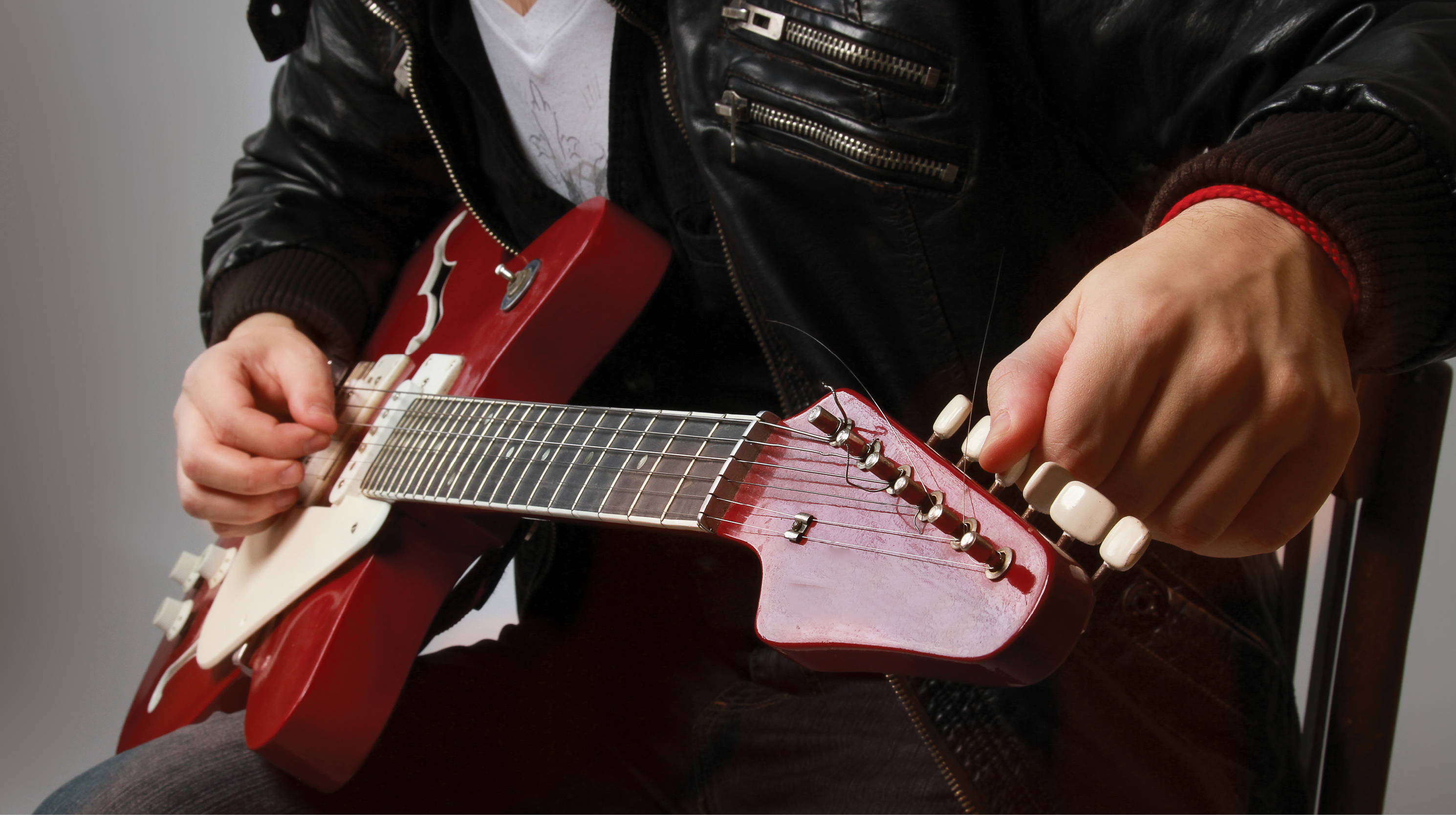 What is Open Tuning on Guitar?

“Open tunings” are when the unfretted or open strings of the guitar are tuned in such a way as to sound a specific chord. Different open tunings are prevalent in a wide variety of musical styles such as blues, rock, country and folk. The most commonly used open guitar tunings are open E, D, G and A. Let’s begin our examination of open tunings with open E.

We can easily convert standard tuning to an open E tuning by tuning the fifth and fourth strings up one whole step, from A to B and from D to E, respectively, and tuning the third string up one half step from G to G#. The sixth, second and first strings remain tuned normally. The guitar is now in “open E tuning,” sounding the same note series (low to high): E B E G# B E. See FIGURE 1:

Open E tuning as an open guitar tuning may be the most prevalent open tuning of all in regard to rock and pop music. Some great examples of songs played in an open E tuning are “Jumping Jack Flash” and “Gimme Shelter” by the Rolling Stones, The Black Crowe’s “She Talks to Angels,” Joe Walsh’s “Rocky Mountain Way,” ZZ Top's “Just Got Paid,” The Faces’ “Stay With Me” and many others. In blues, you will find many recordings of the guitar in an open E tuning by artists such as Robert Johnson, Elmore James, Tampa Red and others.

The Allman Brothers Band guitarist Duane Allman favored an open E guitar tuning whenever he played slide, so you will hear the very distinctive sound of slide in an open E tuning on ABB classics such as “Statesboro Blues,” ‘Done Somebody Wrong,” “Don’t Keep Me Wonderin’,” “Trouble No More,” and others. (Side note: there are only two examples of Duane playing slide guitar in standard tuning; “Dreams” and “Mountain Jam.”) In regards to playing slide in standard tuning, Duane would derisively say about himself, “I can’t play slide in standard tuning for s***!”

The standard D open tuning is based on the same tuning structure of open E. To tune from open E to open D, simply tune all of the strings down one whole step lower to attain an open D tuning. See FIGURE 3:

The open D tuning has been referred to for hundreds of years as “Vestipol” tuning, though some guitarists think of this system of tuning as Vestipol, and consider both open D and open E to be Vestipol tuning. 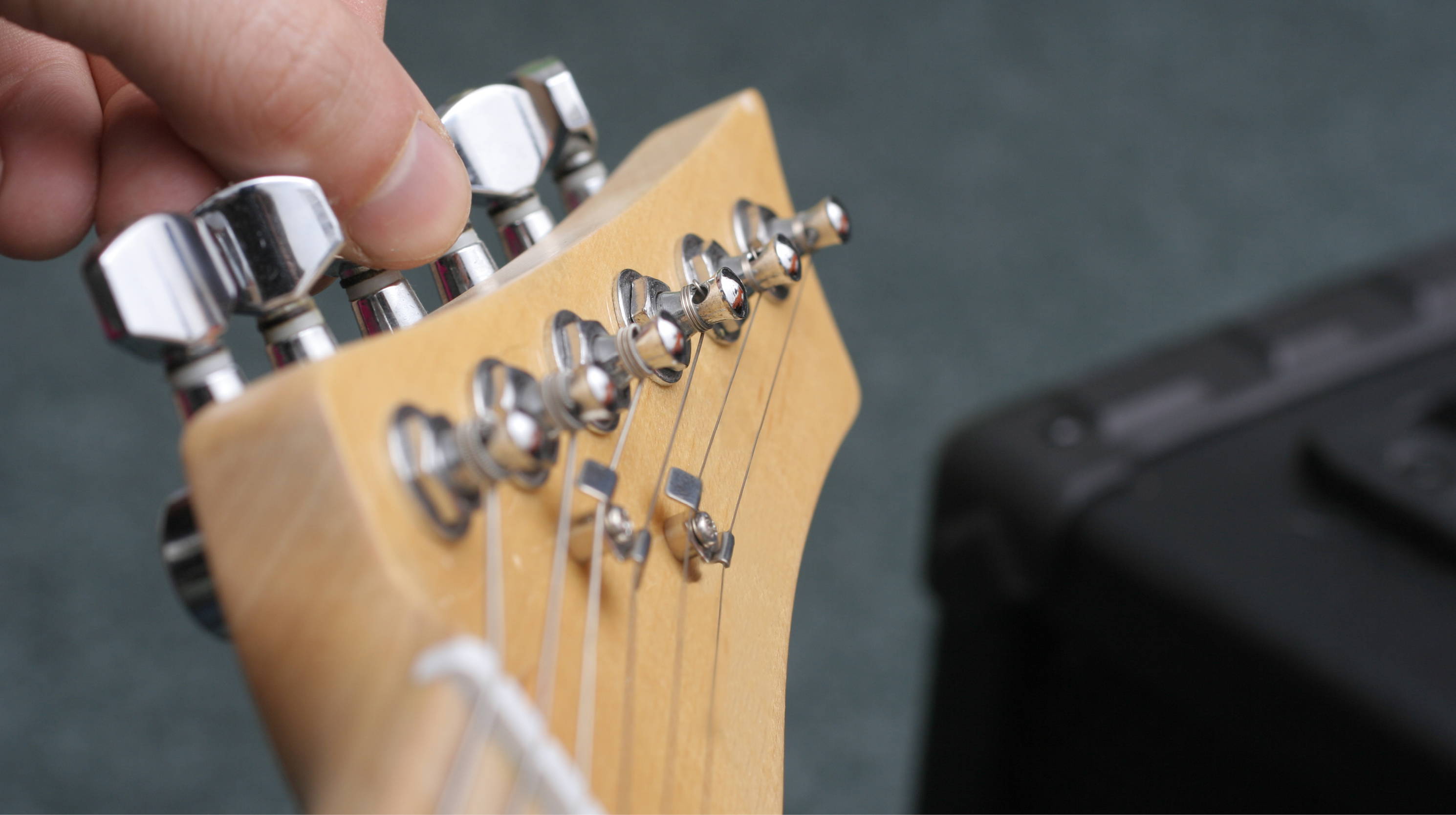 The other two most commonly used open tunings are open A and open G. In the same manner that open E and open D are based on the same system of tuning, the same is true for the open A and open G guitar tunings. Of the two, open G is used much more often. Akin to the moniker “Vestipol” for open D and open E, the moniker “Spanish tuning” is often used to describe open G and open A tunings.

A standard open G guitar tuning is the same as open A but all of the strings are tuned one whole step lower: while the fourth, third and second strings remain the same as standard tuning, the sixth, fifth and first strings are all tuned down one whole step, resulting in this pattern (low to high): D G D G B E. And just like open E and open D, one can easily barre across all of the strings to sound major chords, as shown in FIGURE 4:

There are many blues and rock guitar legends that have relied on the open G guitar tuning; in blues, this includes Robert Johnson (“Crossroads”), John Lee Hooker (“Boogie Chillen”) and Son House (“Death Letter Blues”). The rock guitarist best known and revered for his reliance on the open G tuning is Keith Richards of the Rolling Stones, though many other notable players—Eric Clapton (“Running on Faith”), Gregg Allman (“Come and Go Blues”) as well as Bonnie Raitt, Ry Cooder, Mick Taylor, and Joni Mitchell—all have relied on the open G tuning.

Let’s focus for the moment on the prime progenitor of open G tuning, Keith Richards, a.k.a. “Keef Riffhard.” Keith has written many timeless classics in this tuning, such as “Honky Tonk Women,” “Brown Sugar,” “Start Me up,” “Can’t You Hear Me Knockin’,” “All Down The Line,” “Hand of Fate,” “Tumblin’ Dice,” “Happy” and many others.

Keith’s basic approach is to alternate between barring across all of the strings and simultaneously adding the ring finger two frets high on the fourth string and the middle finger one fret higher on the second string. For example, barring across all of the strings at the fifth fret while in an open G tuning will yield a C major chord; adding the ring and middle finger to the fourth and second string, respectively, will yield a F/C chord. Keith alternates between these two chords to kick off the iconic Stones masterpiece, “Start Me Up.”

FIGURE 5 offers an example of alternating between these two voicings in this way:

There are of course many more open tunings that have been exploited for their unusual nature and musical possibilities in blues, rock, pop and country. Here's a rundown: 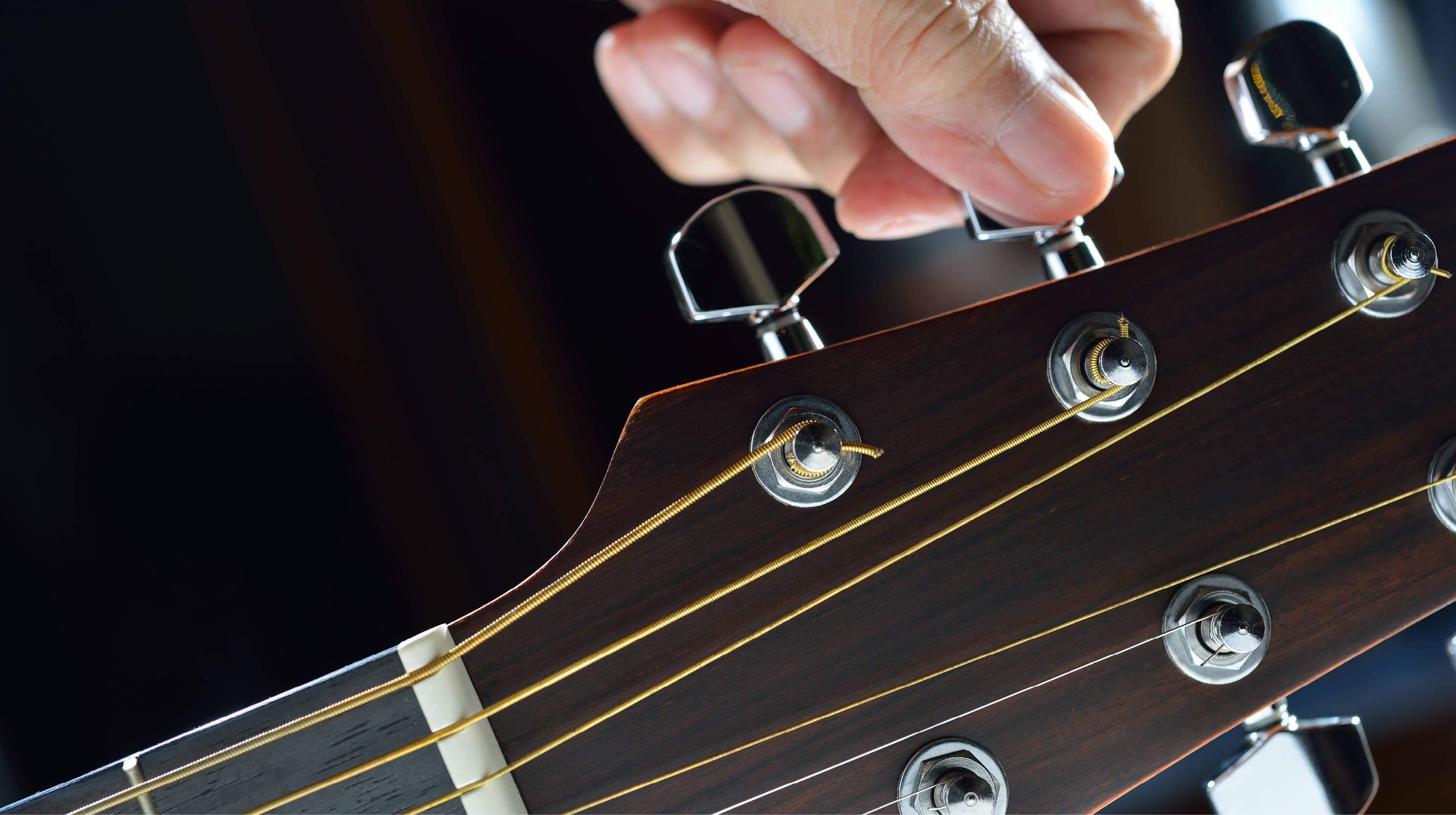 Of all of the different alternate tunings, Dropped D tuning is the most easily achieved. While in standard tuning, simply tune the low E string down one whole step to D. Famous songs performed in dropped D include “Heart Shaped Box” and “All Apologies” by Nirvana, “Black Hole Sun” by Soundgarden and “Unchained” by Van Halen. Double Dropped tuning involves tuning the sixth and first strings down to D; Neil Young utilizes this tuning for “Cinnamon Girl” and “Cortez the Killer.”

As the name implies, DADGAD tuning is achieved by tuning the low and high E strings down to D and the B string down to A. Led Zeppelin’s Jimmy Page made great use of DADGAD tuning for his songs, “Black Mountain Side” and “Kashmir,” as did Stephen Still’s for his well known composition, “Tree Top Flyer.”

Similar to DADGAD, Jimmy Page relied on the DGCGCD tuning for his beautiful acoustic-driven masterpiece, “The Rain Song.” You will find CGDGAD in the classic English folk music of Dave Evans as well as more modern players such as Kaki King and El McMeen.

Stephen Stills learned the most unusual tuning of EEEEBE from his Buffalo Springfield band mate, bassist Bruce Palmer; this tuning became known as “Bruce palmer modal tuning.” Stills based some of his most famous and well-loved songs on this tuning, such as “Suite: Judy Blue Eyes,” “Carry On” and “4+20.” David Crosby of Crosby, Stills and Nash uses a very unusual tuning of EBDGAD for his songs “Guinnevere,” and “Deja Vu.”

There are many other alternate tunings to be discovered and each will lend its own distinct musical impressions. And while you're at it, the Spark amp has a top-notch tuner built-in as one of its many features. To access the tuner on the Spark amp, simply tap on the tuner pedal icon next to the input volume indicator. Pick a string and its note will register on the tuner. The tuner is set to standard tuning for guitar, and a green glow will appear when the string is properly in tune. To find out more about Spark's many features, including Smart Jam, Auto Chord technology and more, click here.

Andy Aledort has contributed to the international music scene for over 35 years as a journalist, instructor, performer and editor of Guitar World magazine. His 2019 book, “Texas Flood: The Inside Story of Stevie Ray Vaughan,” is a New York Times bestseller. He has sold over one million instructional DVDs, on top of teaching guitar privately and on online sites such as Truefire.